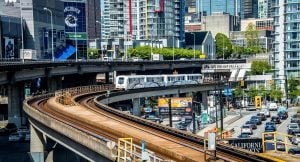 You’ll no longer have to eat up your mobile data if you’re Instagraming or Snapchating near one of Vancouver’s 600+ free public hotspots.

Earlier today the City of Vancouver announced the expansion of their free WiFi service which pushes it to become one of the largest free public WiFi networks in North America.

In total, anyone in Vancouver will have access to free public internet at over 600 locations throughout the city.

On average, bandwidth speed is 10 Mbps and there is no limit nor cap on data usage. In addition, no personal information is required to access the VanWiFi network.

At the time of this post, about 550 free public WifI locations are currently active. The remaining locations will become active in the coming months.

Locations with free internet are shown in the map below with a green Wifi symbol. Grey wifi symbols indicate locations that will become free Wifi hotspots later this year.