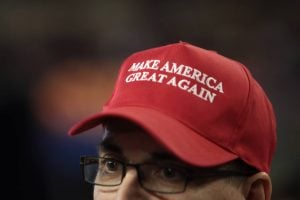 A Stanley Park Teahouse manager was fired after refusing to serve a customer who was wearing a ‘Make America Great Again’ hat.

The ‘Make America Great Again’ slogan was what Donald Trump used (and still uses to this day) to promote his campaign in 2016. It’s also associated with supporters who support Mr. Trump’s beliefs.

In an emailed statement, Sequoia Company of Restaurants, who owns Stanley Park Teahouse, stated that “like all our restaurants, The Teahouse has no political, ethnic, or other bias and is committed to welcoming all visitors to Vancouver and treating all our customers with respect.”

Sequoia Company of Restaurants also owns Seasons in the Park, Cardero’s, and The Sandbar.