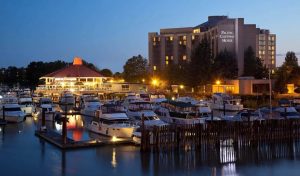 Hotel cleaners laid off at the beginning of the pandemic won’t be hired back, apparently because they get paid too much.

According to the original staff, the hotel wants to hire people it can pay minimum wage, and not provide health benefits to.

Calling for a boycott

Some of those workers had been at the hotel for 20, 30 or 40 years, and the union is calling for a boycott of the hotel. Staff members part of the union have been on strike since May of last year. Many of the workers have since been fired.

The hotel has run on a skeleton crew since the onset of the pandemic maintaining a small fraction of its union staff. Up to 120 of the 150 union staffers were laid off.

During this time the hotel had been used by the Public Health Agency of Canada as a quarantine facility. Red Cross had been brought in as special cleaning staff.

Several customers took to Google reviews to complain about their stay at the hotel during this time.

Years after the staff had been laid off, many fired, and months after the workers went on strike, the federal agency cut ties with the hotel over its treatment of its workers in January.

Pacific Gateway has resumed business as usual, but despite pleas from its former workers, will not be hiring them back.

“During the height of the pandemic, the owner of Pacific Gateway fired 90% of our housekeeping staff. Who is cleaning the hotel now? They threw our experienced staff away like garbage. We ask future hotel guests to respect our picket line and please stay somewhere else.” said Pardeep Thandi, a long-term housekeeper in the union’s press release.

#BREAKING @UniteHere40, BC’s hospitality workers’ union, is alerting travellers and customers that a #boycott of Pacific Gateway is in effect as the hotel reopens.
Workers went on strike in May 2021 after the hotel terminated 143 staff during #COVID19https://t.co/CnZGgNSxFS pic.twitter.com/DBDwKX2kZm