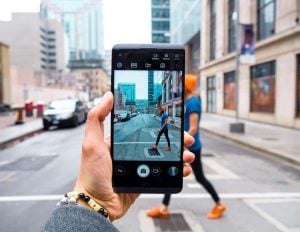 Freedom Mobile has launched a new phone data promotion that’ll be hard to pass up on.

The wireless telecommunications provider, owned by Shaw Communications, is offering 100 gigabytes of extra data to new and existing customers. To claim it, they’ll need to sign up for a two-year plan with a new handset for $60 per month.

RELATED: If You’re A Safe Driver, ICBC Is Making You Pay More To Cover Bad Drivers

“When we launched our Big Gig plans last year, we made wireless data affordable for all Canadians and demonstrated that they should expect better value from their wireless provider”.

Since introducing its iconic Big Gig rate plans a year ago, Freedom Mobile has continued to make significant improvements to its network to enhance customers’ experiences, including launching Extended Range LTE to provide subscribers with farther-reaching coverage and enhanced indoor LTE reception, as well as the introduction of VoLTE on select Apple, Samsung, LG, Motorola, Sony, Alcatel, and Google devices.

Freedom Mobile has not announced when this deal will expire.