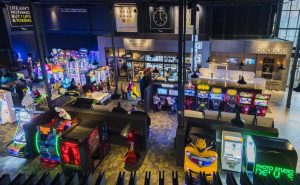 A huge addition is coming to the Vancouver entertainment scene. It was announced today, May 15th, that Cineplex is opening a new location of The Rec Room in downtown, Vancouver.

“We could not be more excited to bring The Rec Room to Vancouver’s lively Granville Entertainment District and introduce residents, visitors and tourists to a unique new social playground where they can eat, drink and play,” said Ellis Jacob, President and CEO, Cineplex.

According to a statement, the space will span approximately 45,000 sq. ft. over three floors and a rooftop patio, which will take over the space that’s currently home to Republic Nightclub. At this moment, construction of The Rec Room Granville is scheduled to begin next year, with a target opening of late-2021.

The Rec Room in Downtown Vancouver

Located at 855 Granville Street in the heart of downtown, Vancouver, The Rec Room will be the “perfect destination for everyone – from young adults to those who are young at heart”.

Half of its space will be devoted to dining and live entertainment and the other half devoted to amusement games and feature attractions.

The Rec Room will feature multiple dining options with a little something for everyone. The upscale casual dining area, called Three10, will offer a menu of shareables and handcrafted dishes that will satisfy your taste buds and your appetite.

Like to eat and play at the same time? The quick service dining area, called The Shed, will feature premium poutines, savoury eats and a sweet selection of made-to-order, mini donuts so you don’t have to stop eating. 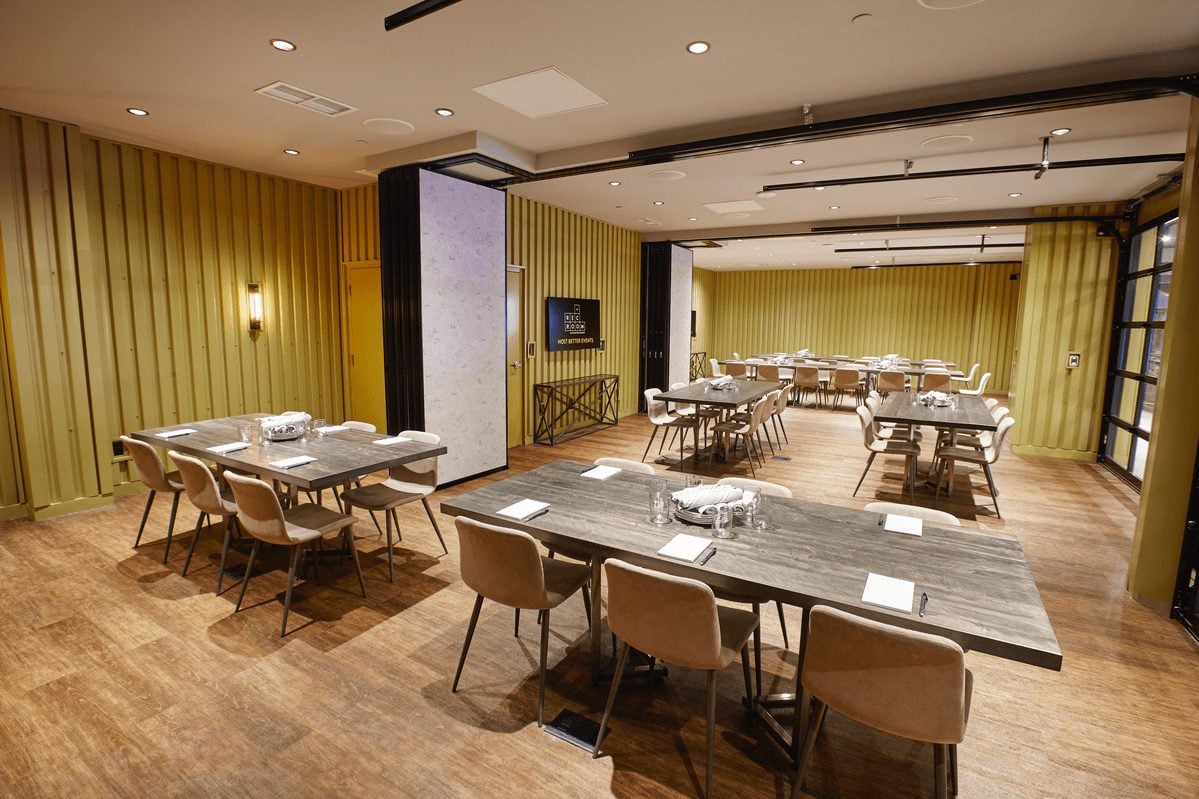 Prefer to be outside? The Rec Room Granville will feature a rooftop patio where guests can enjoy the sights and sounds of the city while they eat, drink and play. 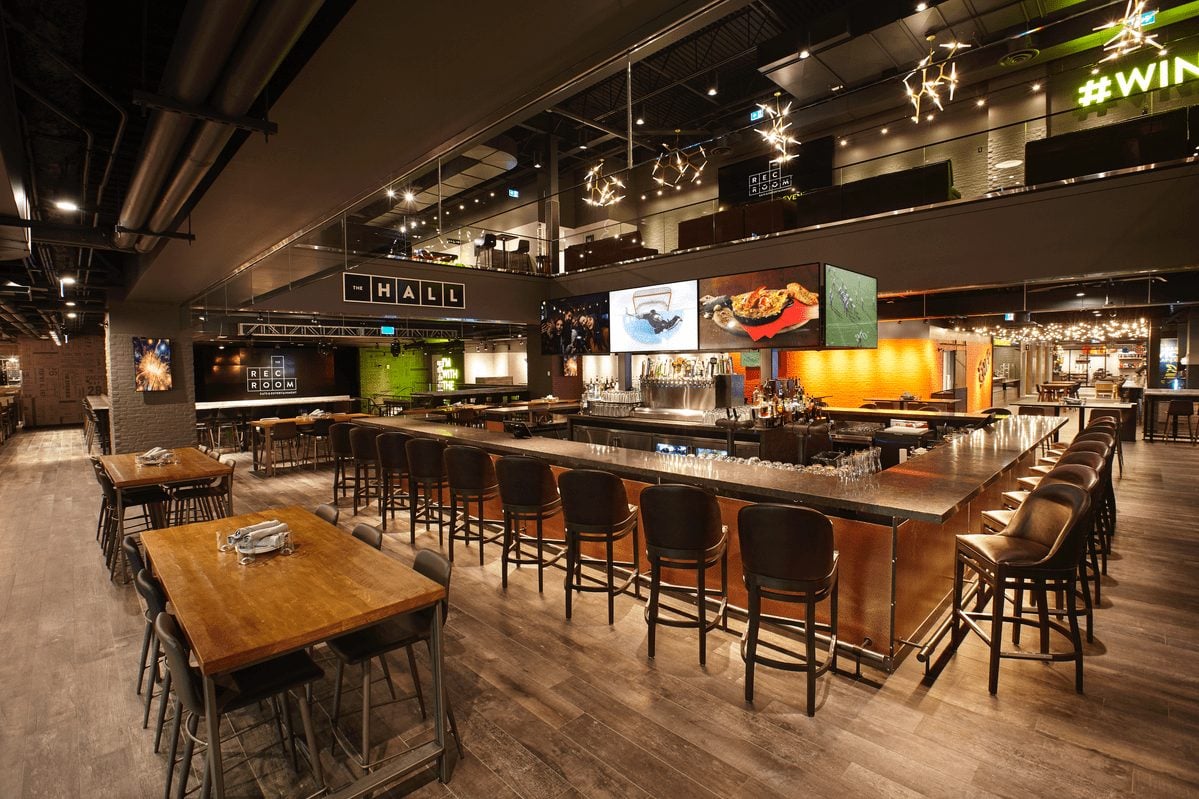 In addition to all this dining space, the entertainment centre will also feature several bars and multiple private dining rooms for celebrations, meetings, team building, corporate events and parties.

The Rec Room will be bustling with non-stop fun activities and attractions.

Cineplex wants to take your social life to new heights and to do so, are adding a live performance space to The Rec Room. This will be where movers and shakers can look forward to bands and musical acts, comedy, trivia, karaoke and live DJs.

The Rec Room Locations Across Canada

There are seven other locations of The Rec Room in South Edmonton (AB), West Edmonton Mall (AB), Calgary (AB), Toronto (ON), London (ON), Mississauga (ON) and St. John’s (NFLD), with locations opening soon in Burnaby (BC), Winnipeg (MB) and Barrie (ON).

Here in BC, Cineplex is opening the province’s first location of ‘The Rec Room at Shape Properties,’ along with a new VIP theatre in Brentwood this year.

The VIP theatre will join three others in the province, along with another that’s now open at Park Royal. It allows movie-goers to access a fully-licensed lounge before and after the film. It also gives them many food and drink menu items that will be delivered right to their seat as they watch the movie.

The VIP cinema at Brentwood will take over the top floor of the building, while The Rec Room will occupy the floor below.