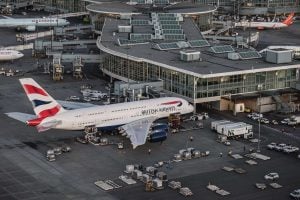 On Thursday, it was announced that flying out of YVR Airport is soon going to cost passengers a little bit extra.

The AIF will increase from $20 to $25 beginning January 1st, 2020. This fee increase only applies to passengers who are flying outside of BC.

“We recognize this might not be a popular decision with the public, but the increase to the AIF is absolutely necessary for the long-term financial health of the airport and the benefit of our community,” said Richmond.

Once the fee hike kicks in, YVR’s AIF will be one of the lowest among the eight major Canadian airports. Only Ottawa International Airport’s AIF fee will be lower, at $23.

The AIF fees collected can only be used to pay for capital infrastructure projects such as terminals and runways.

That being said, YVR Airport is currently in the midst of a multibillion-dollar capital expansion program. This includes 20+ new food and beverage concepts with a select few already open.