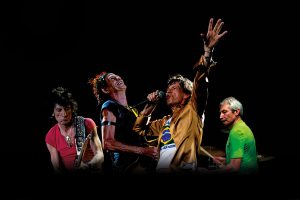 Fans of the Rolling Stones may be disappointed to learn that the Vancouver leg of the NO FILTER tour has been dropped.

Vancouver was the only Canadian city scheduled on their tour this fall. However, the band has apparently changed its mind about coming here.

RELATED: Elton John Will Host One Of His Final Concerts Ever at BC Place

BC Place shared the cancellation on Twitter on Thursday morning.

According to a statement, cancelled dates could not be rescheduled and ticketholders would be contacted by TicketMaster.

The Rolling Stones have confirmed on their official website (https://t.co/d5JA3KLngy) that the No Filter Tour will not be playing a date at BC Place Stadium. pic.twitter.com/vuBbY6wxpl

The Rolling Stones have added 3 new dates to their tour this fall, but all of them are in the U.S. The closest locations to us being in Los Angeles (Oct. 17th), California and Las Vegas, Nevada (Nov. 6th).

It looks like Canadians won’t get to rock out to the Stones any time soon.