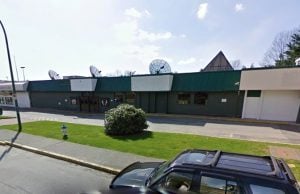 The latest demolition in Delta marks the end of era for the building that once housed Cheers nightclub.

The building was torn down in late December and took with it golden memories for those who grew up nearby in the 1980s and 1990s.

In its prime, the infamous venue boasted well known events every Thursday and Saturday, and once hosted an official Backstreet Boys concert after party in the summer of 1998.

RELATED: Vancouver’s Once Popular Nightclubs; Where Are They Now?

But with the good came the bad.

Despite the popular parties, Cheers grew a raunchy reputation primarily due to rumours involving underage guests and the frequent brawls which seemed to take place on a weekly basis. Among others, a recent and high profile incident involved former NHL player and Coquitlam native Garrett Burnett being struck over the head with a bar stool in December 2006.

Unlike most bar fights at Cheers, this one ended with the B.C. government suing the former owners of the nightclub along with Delta Police in an effort to recover health care costs for Burnett who suffered 20 days in a coma, and severe injuries sadly ending his NHL career.

Still, being the area’s only nightclub at the time, it was the place to be ahead of the 2000s.

Inevitably, Cheers couldn’t fight the bad rep and with the nightlife boom in Vancouver, the once popular nightclub was forced to close doors for good.

Since going under, business owners have tried to revive history by re-opening the nightclub under new names such as Clear, Envy, and most recently Club 6. Despite the hustle and odd music gigs here and there, the club was beyond saving and met its fate.

RELATED: Abandoned Surrey Public Market To Be Torn Down And Replaced

Although the nightclub empty for years, the building still housed All Stars sports bar, a liquor store, and the North Delta Inn hotel.

However, in May 2015, the Delta Fire Department found serious infractions within the hotel and slapped it with numerous safety and building code violations. Shortly after, occupants received eviction notices and were forced to vacate by June 15 of the same year.

In what appeared to be the last straw ultimately sealed the coffin for the site.