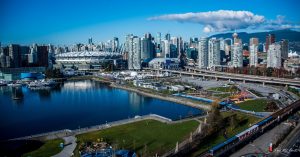 It’s no secret that there are properties in B.C. that are owned by people that may not live here. In fact, it’s become rather “common knowledge” that foreign owners and foreign buyers exist in B.C. and in Vancouver specifically.

It is often the blame of rising housing prices, and the reason the empty home tax was implemented. So it may be of interest to look at how many non-resident homeowners there are actually are.

How Many Homes are Owned by Non-Residents?

When looking at ownership of homes or properties within each province across Canada, it’s not surprising to learn that B.C. is one of the provinces with the highest number of dwellings not owned by local residents. However, it actually isn’t the highest in the country.

Proportionally, Nova Scotia appears to have the highest number of non-residential owners when compared to other provinces. B.C. is a close second.

The Canadian Housing Statistics Program (CHSP) shows how exactly many homes are actually owned by people living outside of Canada. 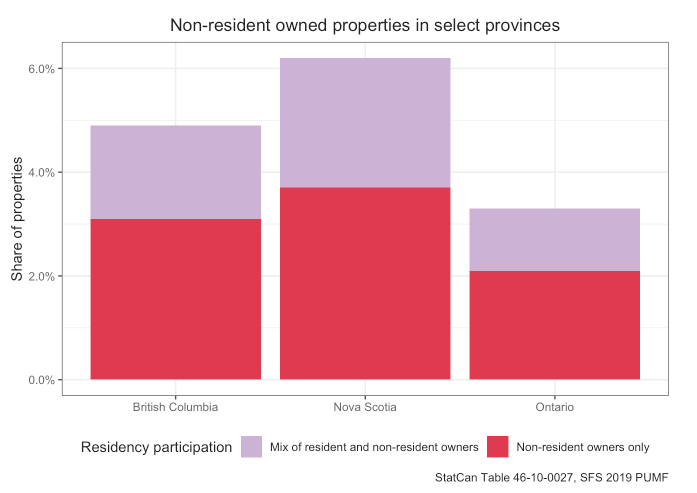 Overall non-resident involvement in property ownership in Canada actually only comes in somewhere between 2% to 6%. So although multi-national (or transnational) ownership definitely exists, it actually is not very big.

The data collected shows that about half of those owning property within Canada are actually Canadian citizens or permanent residents, but they primarily live in another country.

How Does This Impact Home-Buying?

The big question always seems to be the impact it poses on those trying to buy a home. Regardless of what opinions are, analysts suggest this doesn’t have large effects on affordability.

Here are the main reasons why:

A report by Mountain Doodles, urges people to be “skeptical of Housing Nationalism focusing on the foreignness of owners as a problem for Canada.”