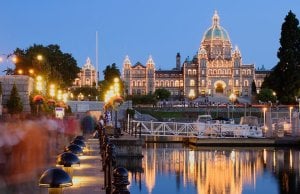 When it comes to the best Canadian city for women to live, Victoria takes the crown for the second year in a row according to a study by the Canadian Centre for Policy Alternatives (CCPA).

The study’s researchers focused on five factors in each city to compile the list:

High ratio of government workers and public sector jobs helped British Columbia’s capital land the top position, along with being a city where it’s more common for women to hold leadership roles.

In its findings, the study reports that 44 per cent of the elected government positions in the city are filled by women – including the position of mayor.

The study also found that the wage gap between women and men is less in Victoria when compared to any other Canadian city.

On a nationwide scale, the country still has a lot of progress to make, especially when it comes to sexual assault.

“Canada has made gains in creating opportunities for women and girls to thrive in our communities. But there is still work to do,” says Kate McInturff. “The 25 metropolitan areas included in this study are home to 67% of Canada’s population. For the first time on record, women are now more likely to be the victims of violent crime than are men—a result of persistently high rates of sexual assault.”

Below is the list of best and worst cities for women in Canada, according to the Canadian Centre for Policy Alternatives: