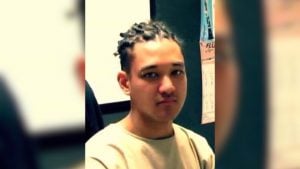 Coquitlam RCMP are looking for victims and witnesses in relation to a sexual misconduct case against a teacher. Lamar Victor Alviar, a North Vancouver music teacher, has been arrested after a series of allegations of sexual misconduct involving underage girls in Coquitlam.

“Lamar Victor Alviar has been teaching music out of a North Vancouver business called ‘LA Music Studio.’ There is reason to believe he has had inappropriate contact with young people around Metro Vancouver,” says Corporal Michael McLaughlin with Coquitlam RCMP.

“The allegations involving Alviar include both students and non-students. Police believe there is a strong likelihood that there are victims and witnesses who have not yet spoken to police”.

Alviar is described as:

Furthermore, Alviar is being released on conditions including:

If you believe that you, or someone you know, has been a victim of a crime involving Lamar Victor Alviar, please call the Coquitlam RCMP non-emergency number at 604-945-1550 and ask for the Sex Crimes Unit (file #2019-24019).

Over in Richmond, police are warning people about a rise in catalytic converters thefts, while officers in New Westminster were able to arrest a Vancouver man in connection to a string of robberies.