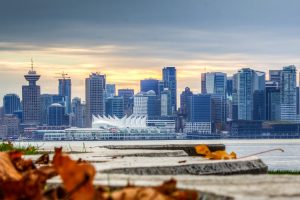 Amongst being one of the most expensive cities to live in Canada, Vancouver has topped the chart in another stat.

The highest debt amongst homeowners in Canada goes to Vancouver.

A report by Borrowell has dissected the debt amongst mortgage and non-mortgage owners across Canada. It found that Vancouver has the most debt in the country.

RELATED: Vancouver Keeps Falling Down The Rankings Of The World’s Most Livable Cities

Not too surprisingly, the vast majority of money owed is in the form of mortgages if you own a home. The average debt comes to about $595,100 in mortgage debt and $34,703 in non-mortgage debt.

When comparing to other cities across Canada, it’s clear that Vancouver’s homeowner debt is the highest. 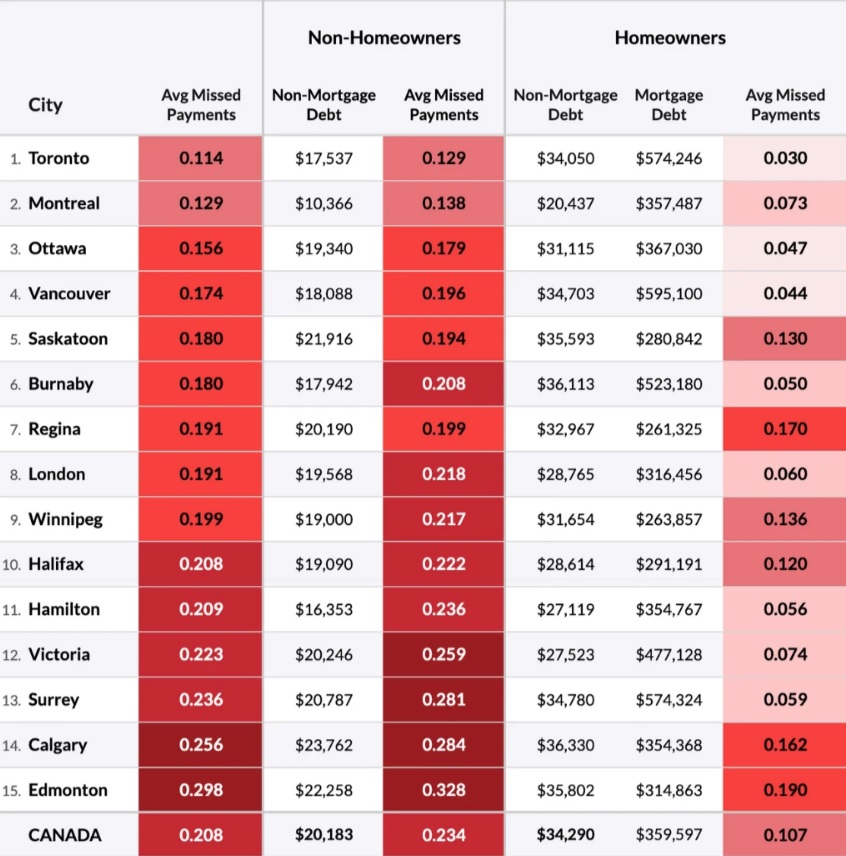 Interestingly, it’s found that although homeowners have more debt, they are less likely to miss bill payments than non-homeowners.

On average, 2 out of 10 people have at least one missed payment on their credit report. Although, non-homeowners have 1.7x less non-mortgage debt than homeowners, they were found to be more than twice as likely to miss a bill payment.

This relates to cost of living and shows that those that don’t own their home may have more trouble managing their debts than homeowners. And may signal that non-home owners are facing more challenges when it comes to financial stability.

There are a couple of reasons for this:

More Debt or Owning Your Home?

In either case, whether a home-owner or not, there is still the issue of rising cost of living. The options are either living with debt or chasing stability and trying to get a mortgage.

Having said that, homeowners, across Canada, have on average a whopping 20x more debt than a non-homeowner.

For those wondering, cities with the highest mortgage balances in Canada are as follows: