As the main downtown entertainment district—Granville Street is a vital part of the city.

We may pass by it everyday or walk down the street after too many drinks on a Friday night, but take a look at how much it’s evolved with these photos from the 50s and 60s.

Granville Street Over 50 Years Ago 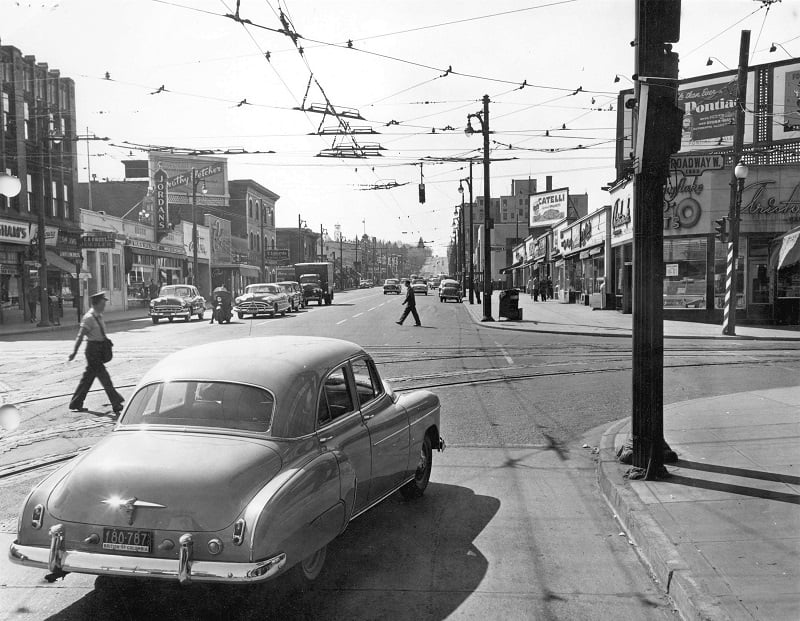 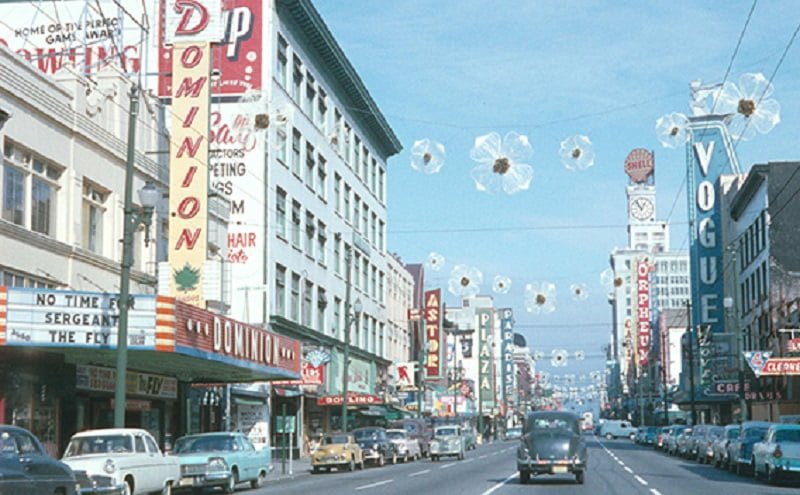 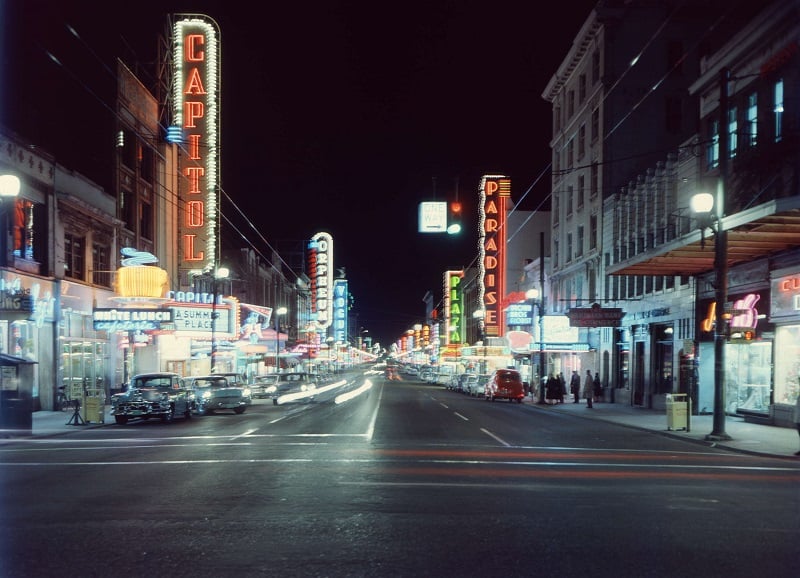 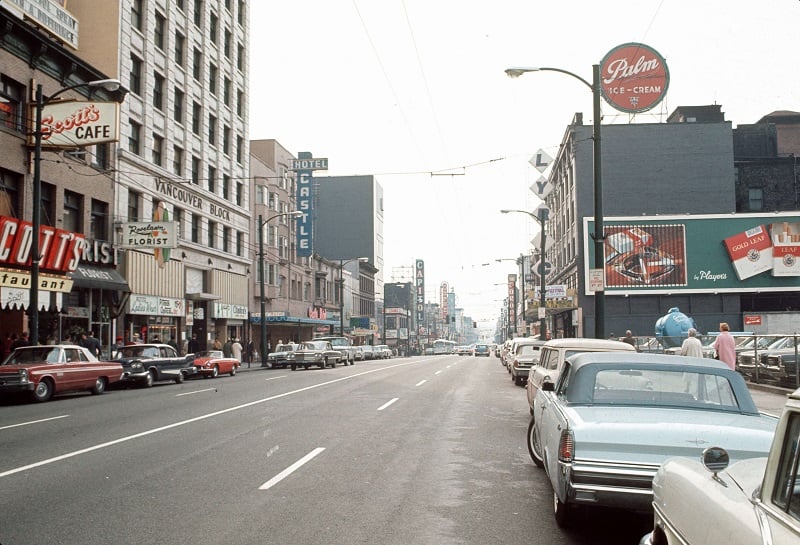 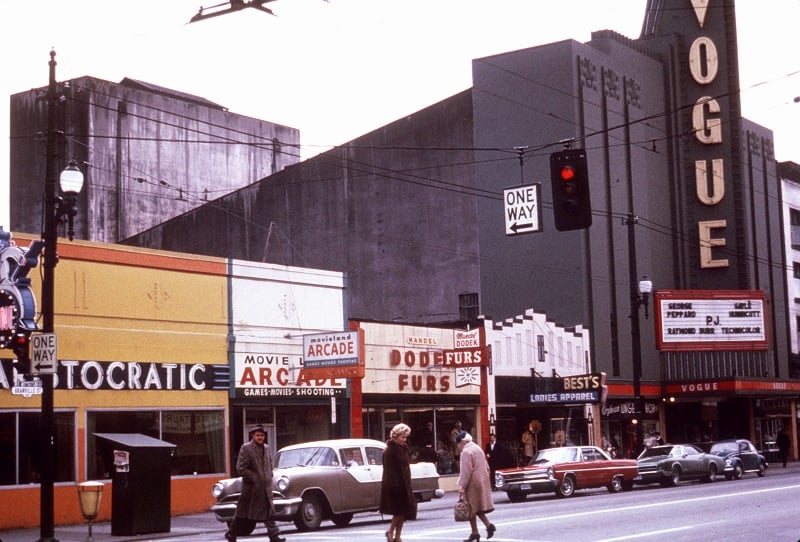 Granville Street was originally a logging road but became flooded with supper clubs, theatres and dance halls in the 1920s and 1930s.

It became the second neon sign capital of the world in the 1950s, second to Shanghai. The neon signs began to become associated with bad activities and therefore they were banned in 1974.

The City focused on rejuvenating the area with a number of projects back in 2003, ahead of the 2010 Winter Olympics.

Looking to keep walking down memory lane? Check out the intriguing history behind Vancouver’s iconic Science World, retro photos of Expo ’86 or take a look at the Capilano Suspension Bridge over 100 years ago.