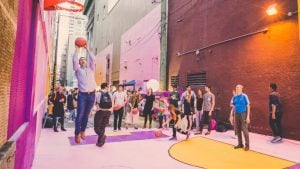 When thinking about interesting places to explore in the city, alleyways normally do not come to mind. Many people think of alleyways as dark, dangerous and dingy. However, they are a huge part of Vancouver. Whether one is walking, cycling, or transiting, what is apparent are the many hidden corridors belonging to our city’s streets.

In Vancouver, different organizations are changing the public perception of alleyways through revitalization projects that incorporate brightly painted walls, art, and interactive activities. This helps enhance alleyways as communal spaces for people to gather in, whether it be for exploring, dog walking or cycling.

Interestingly enough, many of Vancouver’s alleyways are also historically significant. As a result, their stories are central to what is now downtown Vancouver. 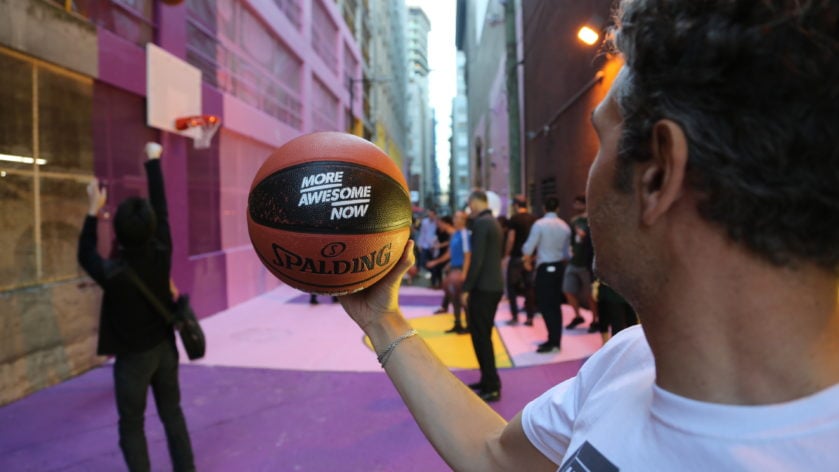 What has become known as Vancouver’s “Pink Alley” is now one of the hottest Instagram locations in the city. Officially named Alley-Oop, the brightly painted space has gained traction among locals and tourists.

To revamp this space, Vancouver’s Downtown Business Improvement Association partnered with HCMA Architecture and Design. Together, both organizations called the experimental project #MoreAwesomeNow. This project incorporates colour and interactive activities to revamp Vancouver’s cityscape. By doing so it reshapes laneways that are often underused and avoided. Most of all, Alley-Oop is a place of socialization and play. One that encourages opportunities for building new connections and relationships while immersed in Vancouver’s public spaces. 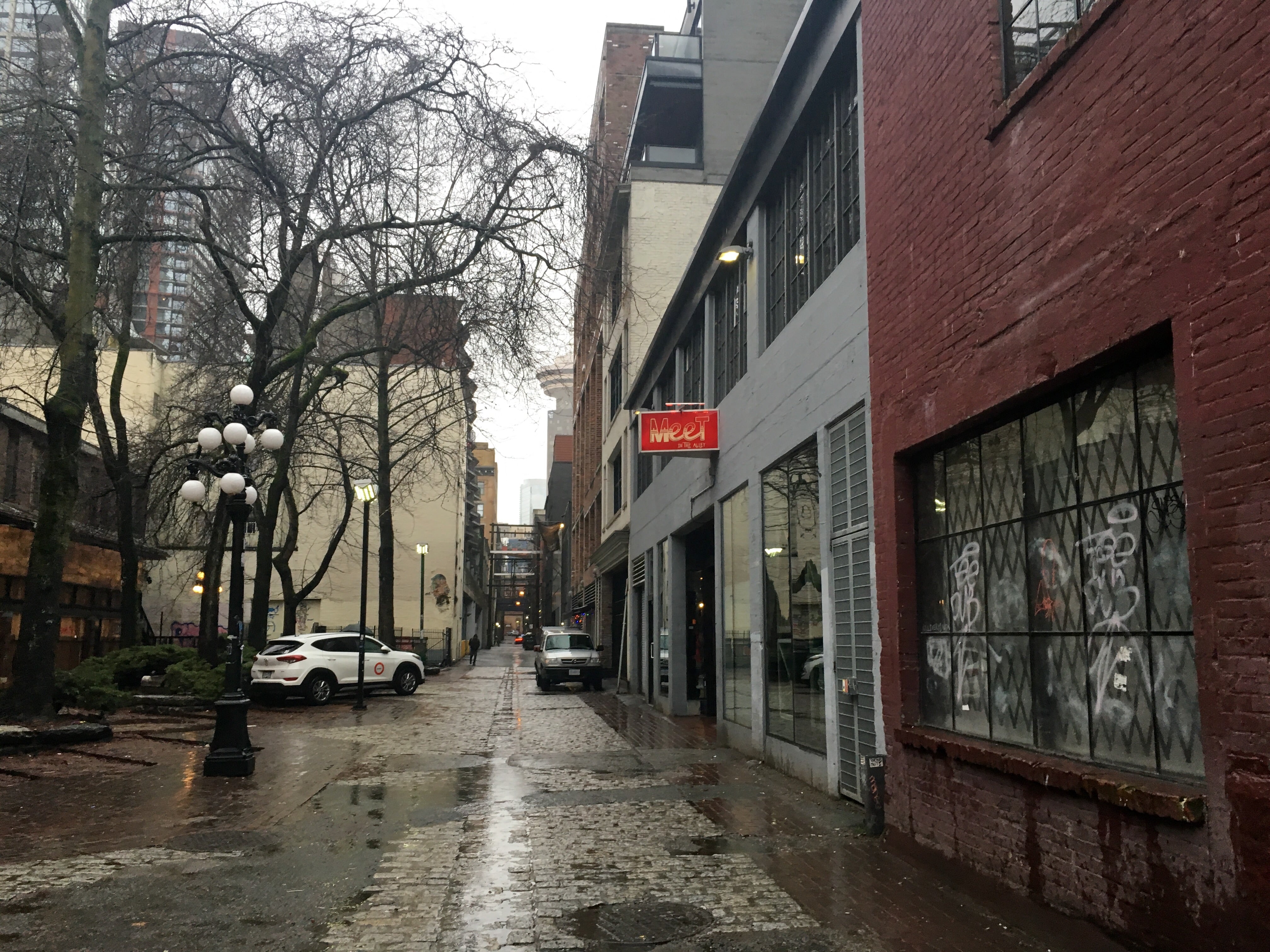 Location: Between Water and Cordova street, Running from Carrall to Cambie

Blood Alley is one of Vancouver’s original laneways. First known to locals as Trounce Alley and later given the name Blood Alley in the 1970s. Today, Blood Alley is a social hub for restaurants goers in trendy spots like Gringos, Tacofino and Meet.

However, this edgy city space carries with it a haunting local history. Once home to horse stables and a broom factory, some also believe Blood Alley contained slaughterhouses and an area for public executions. According to a few Vancouverites, the blood running down the cobblestone from the slaughterhouses and executions coined the alley’s current name. Though interesting and extremely spooky, this is just a myth. Especially relevant, the future of Blood Alley could consist of a redesign to implement programming, increase safety and make it a more enjoyable gathering space in the community.

Location: Chinatown, Between Pender and Hastings

Unlike Blood Alley’s mythical dark history, Market Alley does, in fact, have a dark past, unfortunately, in its present day, it’s a common space for drug deals. In addition to these present-day drug deals, it was once buzzing with other activities that would be illegal today. Surprisingly enough, Market Alley was filled with storefronts, opium dens, and gambling halls. Many people would gather here for hours at a time in secrecy.

Furthermore, Market Alley was impacted by riots in the 1970s. During this time, non-Chinese residents stormed through Chinatown, damaging storefront windows and much of the property in the area. After business owners filed claims for damages caused by the riots, the assessment of these damages led to the discovery of opium. This played a role in the illegalization of the drug through legislation passed by Prime Minister Mackenzie King. 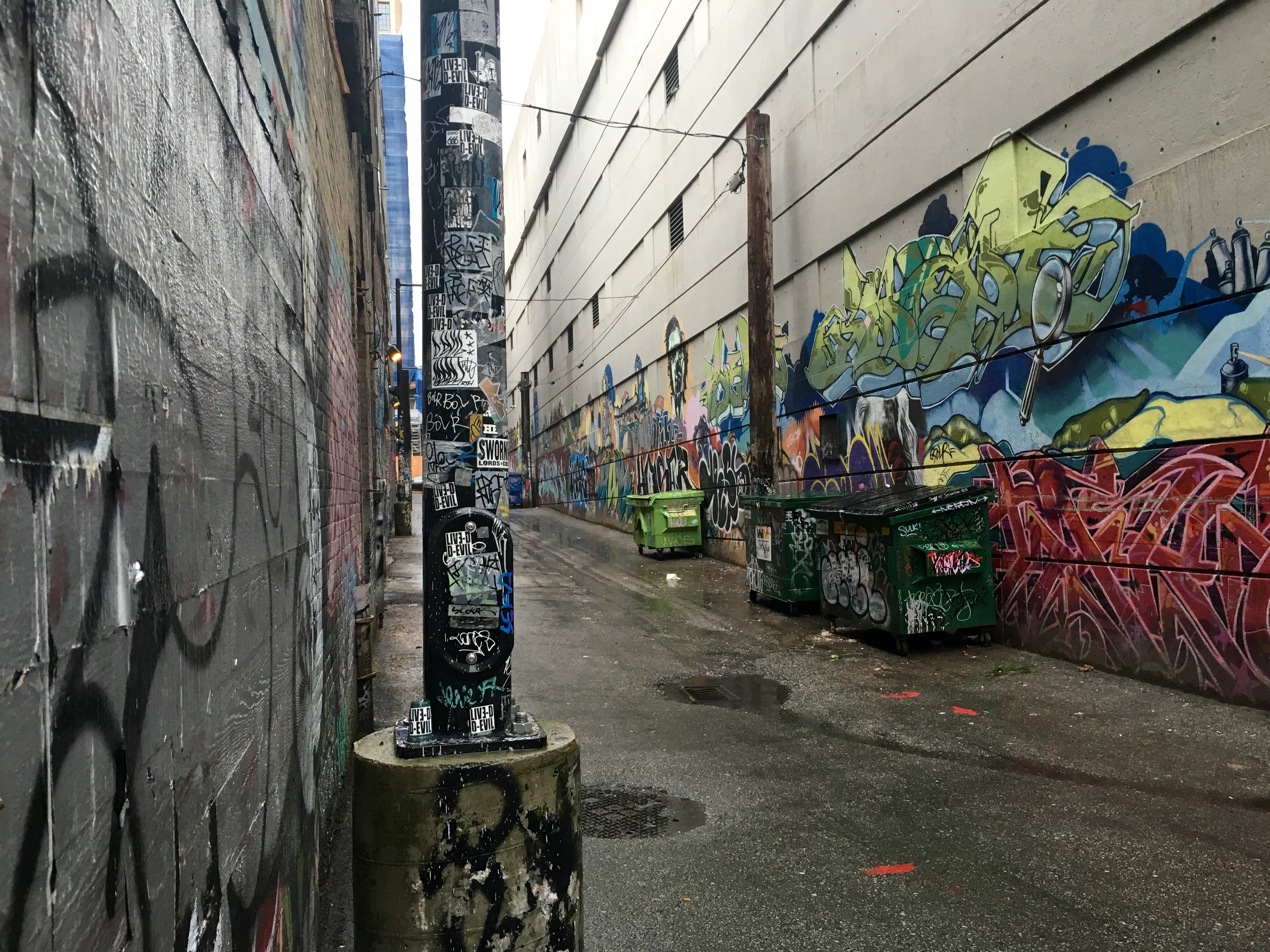 After a night of dancing one can walk into the alleyway outside of Vancouver’s Red Room Ultra Bar to find themselves staring out at a long stretch of colourful graffiti. During the day, this alleyway is great for walking through (with a friend of course) if the works of local street artists peak your interest.

This block-long mural, contains many separate pieces of art collaged into one long mural. The project began in 2005 by Artist Collective – Cold World Media. The pieces incorporate colourful graffiti lettering and fine-tuned portraiture. 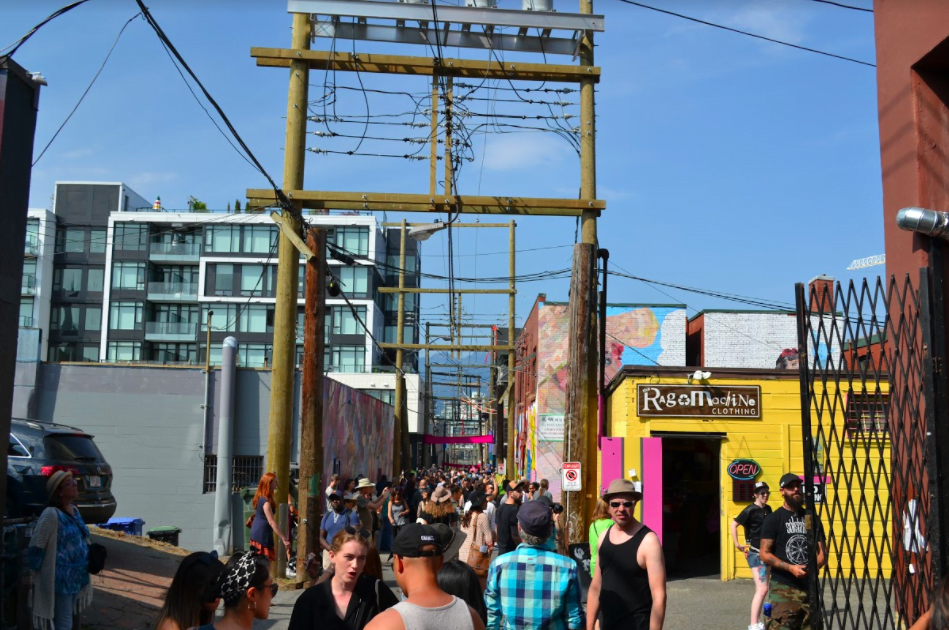 Alley Behind F as In Frank

Located in what is now known as Vancouver’s mural district, the alleyway behind F as in Frank is one of the newest revitalized spaces in the city. As a part of Vancouver’s Second Annual Mural Festival, approximately 60 new murals created by local and international artists were introduced to the city, some of which can be found in this alleyway.

The alleyway not only contains beautifully detailed abstract murals that tell visual stories about the city and it’s people but is a great spot for thrift shopping. Both thrift shops, The Rag Machine and F as in Frank offer unique pieces at affordable prices. So why not shop and gaze at public art? 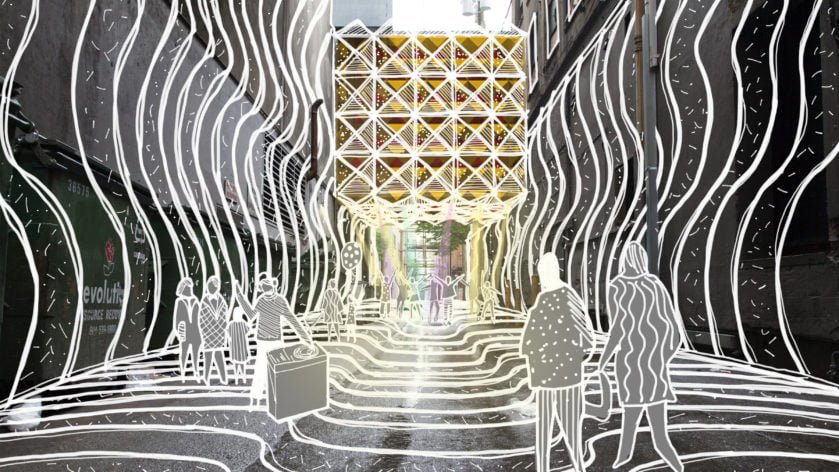 Location: Off Smithe Street, between Granville and Seymour

As Vancouver continues to grow, organizations are finding many new and interesting ways to enhance the city’s public spaces. Like the famous Alley-Oop project, a makeover awaits Ackery’s Alley.

Named after Ivan Ackery, the Orpheum theatre’s manager from 1935 to 1969, this space has a glamorous history. In Ackery’s Alley, many stars and starlets would once sneak out of the theatre after opening night appearances when the venue was still a movie theatre. For its revitalization project, artist Alex Beim will transform the alleyway into an interactive space using sound and light installations. Here a person’s presence will be detected by motion sensors to which light will change colour and sound will be emitted as a response to each person’s movement.