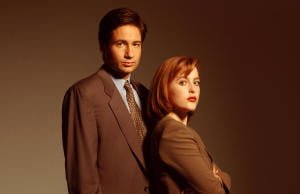 Earlier this month, Fox announced ‘The X-Files’ would return to our television screens for a six-episode event in early 2016, 13 years after the show was cancelled and went off air.

The news brought smiles to the faces of many fans around the world but locally it brought one question, will it be filmed in British Columbia? The answer is, yes.

‘Smoking man’ also known as actor William B. David, revealed in an interview with CTV that The X-Files will begin shooting in Vancouver this summer, with the start date in June. While he mentioned no specific locations on where the show will be filmed, we’re sure details will be revealed in the upcoming weeks.

Alongside David, both David Duchovny and Gillian Anderson will also return as Fox Mulder and Dana Scully, two FBI agents who investigate conspiracy theories and alien activity in the United States.

The X-Files originally made its television debut in 1993 and featured nine series before wrapping up in 2002. The series also had two feature movies. Among the productions, the first five televised seasons and the second feature movie were all filmed in Vancouver.