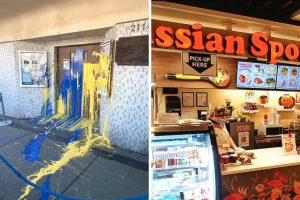 If the news of someone splattering paint on a Russian community centre in Vancouver reached Vladimir Putin he probably wouldn’t seem to care.

As Vancouver and the world rallies to support Ukraine and condemn Russia for the recent conflict in Eastern Europe, two ethnic community centres have been vandalized and someone is calling a Russian restaurant on the phone with threatening messages.

RELATED: BC Pulls Russian Liquor From Shelves, Some Bars Will Donate Sales to Ukraine

Russian Community Centre President Ariadna McKenna arrived at the centre Saturday morning, March 5, to find fresh yellow and blue paint, the colours of the Ukrainian flag, splattered all across the entrance and cried.

On Wednesday, March 2, someone threw red paint on a Russian Orthodox church in Victoria which is interesting because red is considered a Russian colour.

Someone recently called the Russian Spoon in Vancouver restaurant and told the owner she should die and become worm food.

“Why should I die, I just make food?” wonders Natalia Mitrofanova.

News of Russian aggression towards Ukraine has captured the world’s attention with thousands of Vancouverites rallying peacefully to show support for Ukraine.

Unfortunately some supporters have missed the mark entirely.

Throwing paint in the middle of the night has very little impact on geopolitics and the president of the Russian Community Centre is herself Ukrainian. 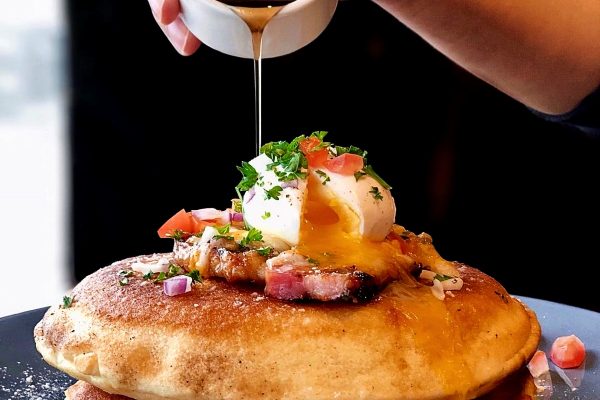 6 Best Brunch Spots In Langley That Are Worth The Drive

There is nothing better a leisurely meal of  eggs benedict or freshly made waffles with friends over a good conversation. With the weather warming up,... 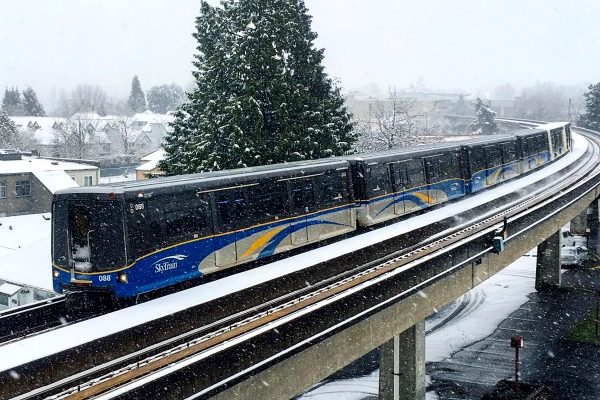 TransLink doesn’t have too many fans in Metro Vancouver, but come New Year’s Eve, you might be thanking them. The public transit services just announced... 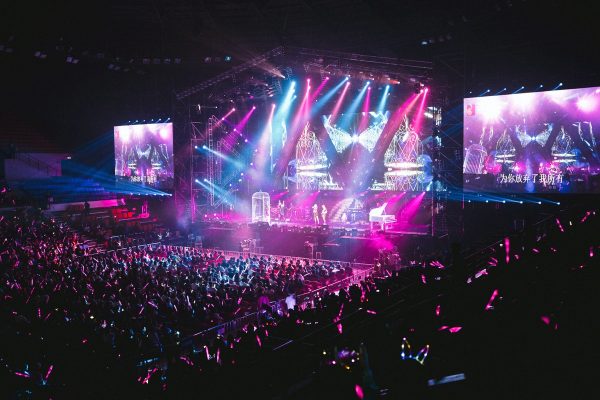 11 Vancouver Concerts You Can Look Forward To In 2023

It’s a new year and that means more opportunities to see someone new perform. Or, to see one of your favourites perform again. Here’s Vancouver’s...