A Richmond AirBnB host is being accused of racial discrimination after she allegedly told a guest they couldn’t stay.

24-year-old Corne Van Hoepen was visiting Metro Vancouver with his friend, and the pair decided to utilize the accommodation provider.

Consequently, they chose the High End Apartment at the Heart of Richmond Centre for 2 nights, August 15th – 17th.

Following their application, Van Hoepen was shocked at the host’s response about his friend.

Specifically, he was stunned that the host asked, “Is he Black?”

In response, Van Hoepen asked “since when are black people not allowed in the building? Airbnb is a public platform, and race has nothing to do with it!”

Van Hoepen captured the images on his cell phone, so that he could show them to the provider directly. Since then, the host has been removed. 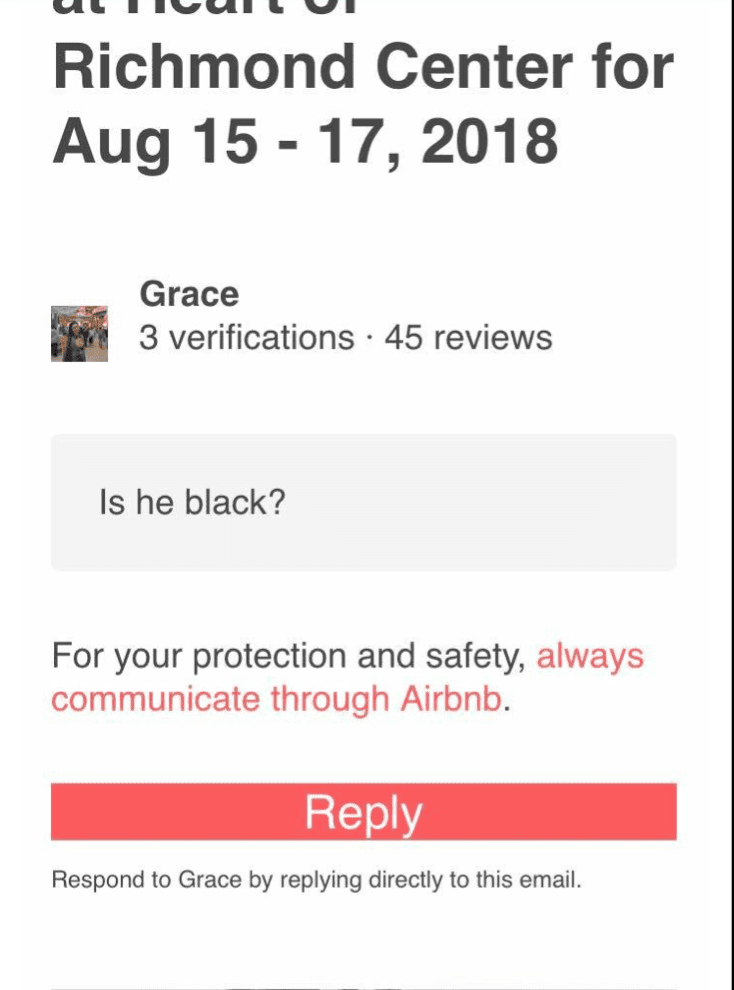 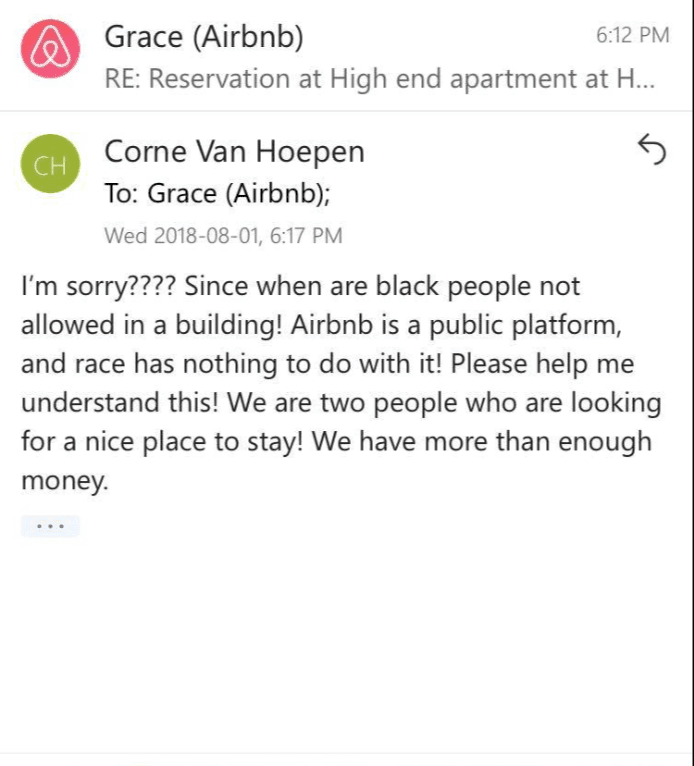 In addition, Van Hopen told 604 Now that the host had asked about the ethnicity of his friend from the start.

“The exact conversation was “Is your friend also caucasian.” I said no, he’s African-Canadian. And she said “black?” And I said yes, and then she said no blacks allowed in the building!” he said.

He added that Airbnb, “forwarded our case to a legal team, but they have not provided any assistance for us.”

Further, the pair haven’t received a refund for the loss of accommodation.

Recently, a woman was caught in North Vancouver accusing a family of being terrorists.

In addition, a teenage girl reported that a man attacked her moments after she boarded the train at Waterfront Station on Monday, December 6th.