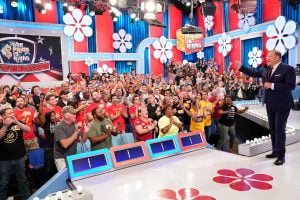 “Winning a trip to Prince George on The Price Is Right is like winning the lottery but the grand prize is $2.50.”

Canadians are stereotyped for being quick to apologize, and Prince George residents are leaning into it.

Residents of the British Columbia city are apologizing to a man named Stephen Witka after he suffered the unfortunate fate of making it onto The Price Is Right, winning a trip, only to learn that the trip’s destination is Prince George.

“Someone on Price Is Right just won a trip to Prince George. Times must be lean. There is no punchline. This actually just happened”, said a Facebook commenter.

Witka, from California, appeared on the popular game show back in November. According to CBC News, he walked away with a six-night stay for two at the Treasure Cove Hotel, a $500 credit for Grand Trunk Tavern, as well as a limousine tour of Prince George.

Adding insult to perceived-injury is the fact that when Witka learned of his prize on the show, a picture of Lake Louise was shown. Lake Louise, as you may know, is not in Prince George.

To make up for that, Witka will in fact be able to see Lake Louise, which is 600 kilometres away from Prince George, courtesy of a free helicopter tour.

The Price Is Right gives contestant trip to PRINCE GEORGE
😱😱😱

Trying to decide what’s most funny:
1. The Price Is Right gives away a trip to Prince George, BC
2. They advertise it by showing a photo of Lake Louise, AB
3. The locals in Prince George make fun of the entire idea
4. The local tourism board gets involved https://t.co/MAX8eJ3Ic6

Mr. Witka appeared excited when he learned that he had won, but there’s no word on where his enthusiasm stands now.

For more British Columbia news, check out our News section!