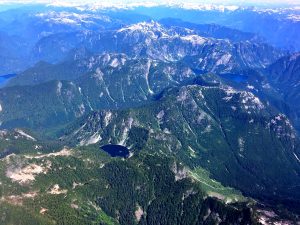 Stanley Park has been one of the most iconic parks in BC, but there’s actually one in Coquitlam that is nearly a hundred times the size.

Pinecone Burke Provincial Park is an expansive park, but for the past 25 years it’s had a lack of infrastructure.

The BC government recently announced it will put $5 million into infrastructure projects at 24 BC Parks. That includes Pinecone Burke Provincial Park, but some outdoor recreation groups say it’s not enough.

Several local backcountry organizations are pushing the government for another $60 million to go towards BC Parks’ 2021 budget.

With some of that money, nature enthusiasts are hoping Pinecone Burke Provincial Park can receive a series of upgrades, including a handful of new backcountry campsites, as well as improvements to both hiking and mountain biking trails.

Backcountry advocates also stress that it’s more important now than ever before given the COVID-19 pandemic, for people to safely get outside while maintaining a safe distance from one another.

Pinecone Burke Provincial Park is a great place to do just that as it’s a whopping 38,000 acres, filled with lush forested trails and alpine terrain. But despite its massive size, it’s never had a park management plan.

And that’s something recreation groups say they hope will change in the near future.

For comparison, Stanley Park is about 400 hectares, which makes Pinecone Burke approximately 94 times the size of Vancouver’s most beloved park.

Besides Pinecone Burke, several other BC Parks will receive upgrades, including an expanded parking lot and bear-safe food storage at Alice Lake in Squamish and potable water upgrades at Porteau Cove, along the Sea to Sky corridor.

For more places to explore in beautiful BC, check out our Travel & Outdoors section.