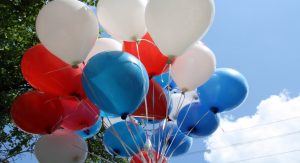 A City of Burnaby employee’s human rights complaint against the municipality, due to her allergies to latex balloons, garlic and onions, was dismissed this week after two a two-year fight.

Tracy Klewchuk has worked for Bill Copeland Sports Centre and Kensingtion Complex for more than 25 years, but said her employees failed to accommodate her allergies.

She took the matter to court in 2018, but a Human Rights Tribunal declined to reconsider her complaint.

Tribunal member Devyn Cousineau dismissed the case in April 2019. Cousineau ruled that Klewchuk had “failed to particularize a number of her allegations.”

Klewchuk had asked Cousineau to reconsider her trial, but Cousineau found her rebuttal was insufficient.

The case originally came up due to Klewchuk’s claim that her employer did not take her allergies into consideration.

She said she had told her employer about her latex allergy in 2007 or 2008. She asked her boss to switch to mylar (a latex alternative) balloons or to remove the balloons from the site.

Her supervisors allegedly refused to change and gave Klewchuk a bad performance review in retaliation for complaining.

Klewchuk also added that her supervisors scheduled her to work when there wouldn’t be balloons around. That resulted in working few hours.

Cousineau noted however, that the city stopped using latex balloons at Kensington and Copeland in 2016.

The court had access to emails sent at the time, with the first written March 7, 2016 by a Cameron Rec Centre supervisor. It was sent to the city’s manager of occupational health and safety and a senior human resources advisor.

“I have a situation with an auxiliary Recreation Leader 1 at Cameron Centre (referring to Ms. Klewchuk),” the email reads. “I am hoping you can give me some guidance with how to proceed.”

It later shows that the supervisor was “seeking instruction about how she – or others acting in her role – should address future incidences where Ms. Klewchuk may be exposed to latex in the workplace.”

The complaints rests on whether the city failed to accommodate Klewchuk’s physical disability – her latex allergy.