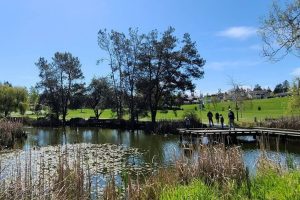 Another city is hopping on the alcohol in parks bandwagon. Delta is introducing a pilot project that will permit drinking in designated areas of three parks in the region throughout the summer.

Residents of Delta will be able to legally crack one open at the following parks from June 1 to September 30.

Where You Can Legally Drink In Delta This Summer

Drinking will be allowed at the parks’ “alcohol zones” daily throughout the summer from 11 a.m. to dusk.

There will be signs indicating the drinking areas, which will all be located away from playgrounds.

Throughout the pilot program, there will also be bylaw enforcement officers who will patrol each park on a regular basis to ensure everyone is following the rules.

Delta is just the latest region to allow drinking at some of its parks. North Vancouver, Port Coquitlam and New Westminster already have similar programs set up.

For more things to do in Metro Vancouver, check out our Outdoors section.