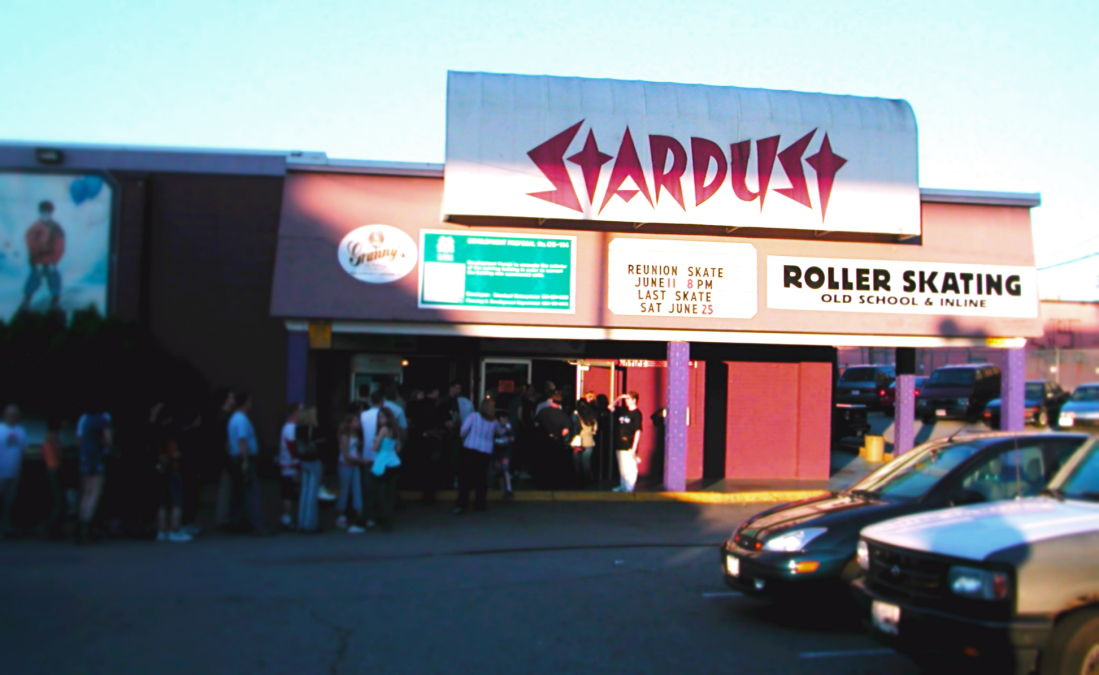 If you grew up in Surrey during the 80’s and/or 90’s, you know Stardust was one of the most popular places to spend the weekend. The former indoor public arena was once home to packed roller-blading sessions, disco lights, and of course, the Chicken Dance.

Stardust ultimately closed doors in 2005, and now operates under “Central City Arena”. The venue’s closure came as a shock to many people, and is often remembered as one of the best entertainment attractions the city has ever had.

If you’re looking to experience a blast from the past, you’ll want to mark your calendars for Friday, February 12, 2016, where Stardust will re-open for one night only and host a 80’s/90’s reunion party.

Tickets for the event are only $15, and include entry, skate rental (if needed), a t-shirt, door prize draw tickets, along with food and beverage. The first batch of tickets sold out quick, but event organizers have vowed to sell more if they become available, or if ticket holders don’t show up to the event. They’re also hinting at the possibility of extending the reunion to two nights, and ultimately releasing additional tickets in the near future.

Except large crowds, old school fashion, and DJs dropping nostalgia, from the Backstreet Boys to the Macarena.