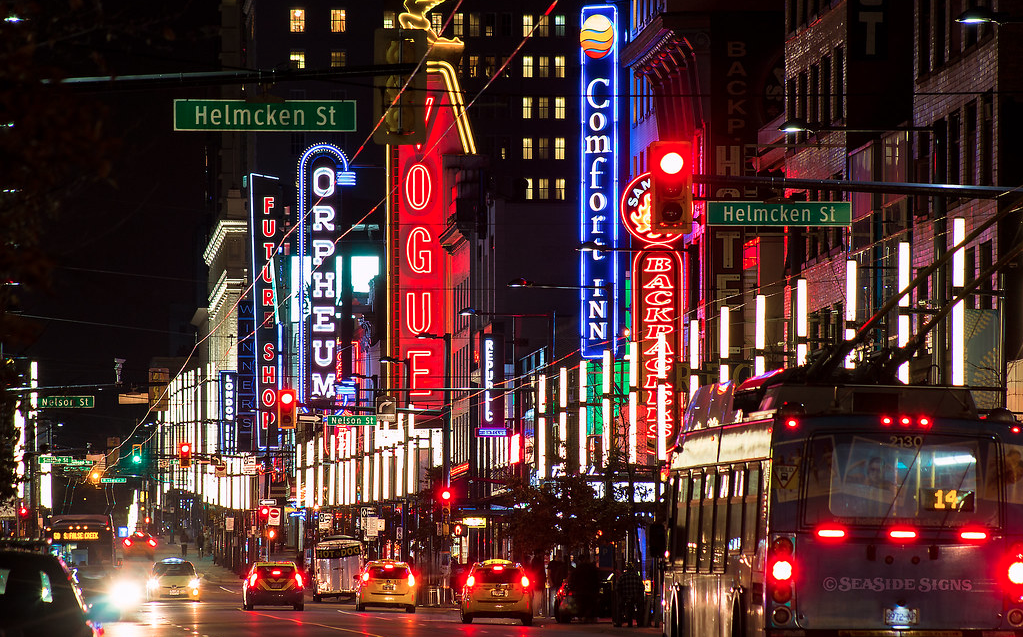 Vancouver was an electric city during the 1950’s, made bright by its 19,000 neon lights along its busiest streets. That’s one for every 18 people, making the city’s lights a runner-up to Las Vegas.

But between the 1950’s to ’70’s, the city was divided on their view of the signs. And due to resident complaints and new laws, the city’s neon landscape eventually burned out into only a handful of signs.

RELATED: A Local Artist Is Creating Some Incredible Models of Life In Vancouver (PHOTOS)

But you can still take a walk down memory lane through an exhibit at the Museum of Vancouver.

The exhibit, Neon Vancouver | Ugly Vancouver displays dozens of the city’s old lit up signs, many of which were salvaged from junk yards.

It tells the tale of the “deep civic controversy resulted in a turning point in Vancouver’s history and a change to the city’s urban landscape,” states the museum.

Enjoy the big city lights of Vancouver and catch a glimpse of the city from the 1950s through to the 1970s with this extraordinary collection of neon signs at MOV! ⚡⚡ ⁣ ⁣ The remarkable signs, some lit for the first time since they were rescued from the junk yard, are accompanied by the tale of how the city went through a war of aesthetics that resulted in a transition of the very way Vancouver imagines itself. ⁣ ⁣ 📸: @stephenfung⁣ ⁣ #NeonVancouver #Signs #Neon #AtMOV

Some of the city’s signs still exist around Vancouver, including the Orpheum and Vogue Theatre signs on Granville Street or the Save on Meats sign on Hastings Street.

To see some of Vancouver’s best retro signs, however, check out the permanent exhibit at Museum of Vancouver. Hours vary, but the museum opens at 10 am each day.

If you’re on a museum binge, check out the Vancouver Police Museum. Or to find other lights in the city, check out the light Installation festival in Yaletown this month.

For more things to do in Vancouver, check out our Events section.