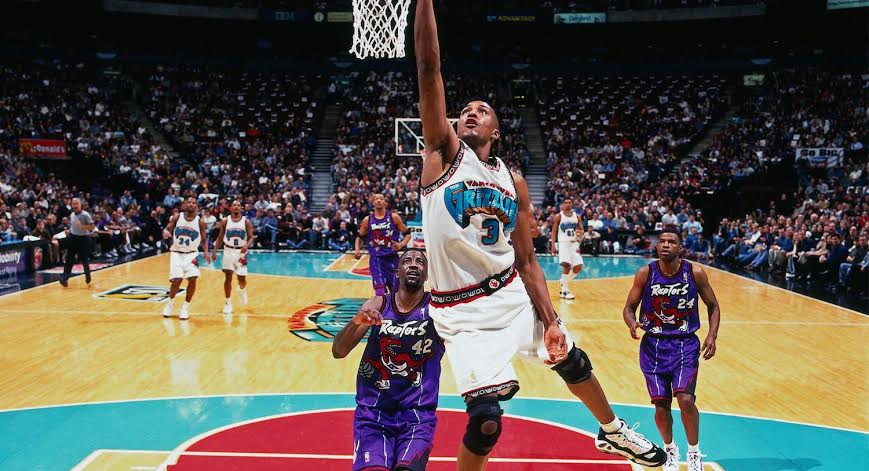 The Vancouver Canucks are celebrating the 20th anniversary of Rogers Arena this season with a series of 20 themes and events dubbed #20in20.

Opening night will mark the first of 20 special nights with a presentation on the origin of the arena, on October 9, 1995, when the Canucks moved downtown, and the Grizzlies held their world debut.

To pay additional homage to Vancouver’s first NBA team, the Canucks have titled their Nov.2 game “Grizzlies Night” and are encouraging fans to wear their Grizzlies colours (teal, black, white) alongside Canucks jerseys with pride for an evening dedicated to celebrating Vancouver’s former NBA team. Earlier this summer, the Sedin twins made a tribute to the Grizzlies by sporting their jerseys during a game of H-O-R-S-E.

The Vancouver Grizzlies played their first game on November 5, in 1995, when Rogers Arena was known as G.M Place, and had an electrifying start to the franchise. The organization struggled early however, which ultimately led to its sale following the 2000-01 season to Memphis, Tennessee, United States.

Regardless of the Grizzlies misfortune, Vancouver was very fortunate to have an NBA team, and is keeping the door open for a future team as well.

When: November 2, 2015
Where: Rogers Arena
Time: 7:00pm
Tickets: Available online. New this year is Dynamic Pricing for all home games, and for a night like this, it’s better to purchase tickets sooner than later.
Channel: SNP