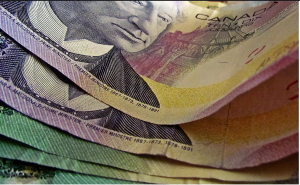 If you live in B.C., the amount your mayor and councillors make annually may surprise you.

The question of salary has come into question recently as Victoria, as well as Revelstoke are seeking to raise that amount significantly.

“If we expect our mayor to work full-time, and you … want the mayor to be at all these meetings and chairing meetings with ministers, we need to pay appropriately,” said Revelstoke Councillor Cody Younker.

So, how much does each B.C. mayor and its councillors make?

A new report by CBC News this week revealed the salaries of the mayors in the province.

It shows the highest paying mayors make over $100,000 with Burnaby Mayor Mike Hurley at the top. Vancouver’s mayor Kennedy Stewart sits just below.

According to CBC News, the municipalities with the highest paid councillors are:

Most mayors and councillors have seen a slight increase in salaries over the last two years.

That came after the federal government removed a bylaw, allowing municipal politicians to claim a third of their income as tax-free.

Regardless of how much B.C. mayors take home, it’s still a third of what TransLink’s CEO makes. In 2018, his income sat at $405,242, while a new plan for this year would set him at a minimum of $406,634 and a maximum of $517,000. (Meanwhile, Transit workers are going on strike, with wages and working conditions at the center of the conflict.)

For more news in B.C. check out our News page.