There are a number of stunning, natural landscapes throughout North America; however, none have the sheer number of caves that Vancouver Island does.

Indeed, the island teems with cavernous formations of all shapes and sizes. Interestingly, nearly 4% of the island was formed by the erosion of soluble rocks, creating its predominantly subterranean landscape. With over 1,000 caves, it isn’t hard to fathom why Vancouver Island is coined ‘The Island of Caves.’

The island is the largest on North America’s west coast, and has a variety of fascinating terrain. With that in mind, it isn’t its sheer enormity that makes this place that grants the island its title. In fact, it has a higher concentration of caves than anywhere on the continent, making it truly unique. 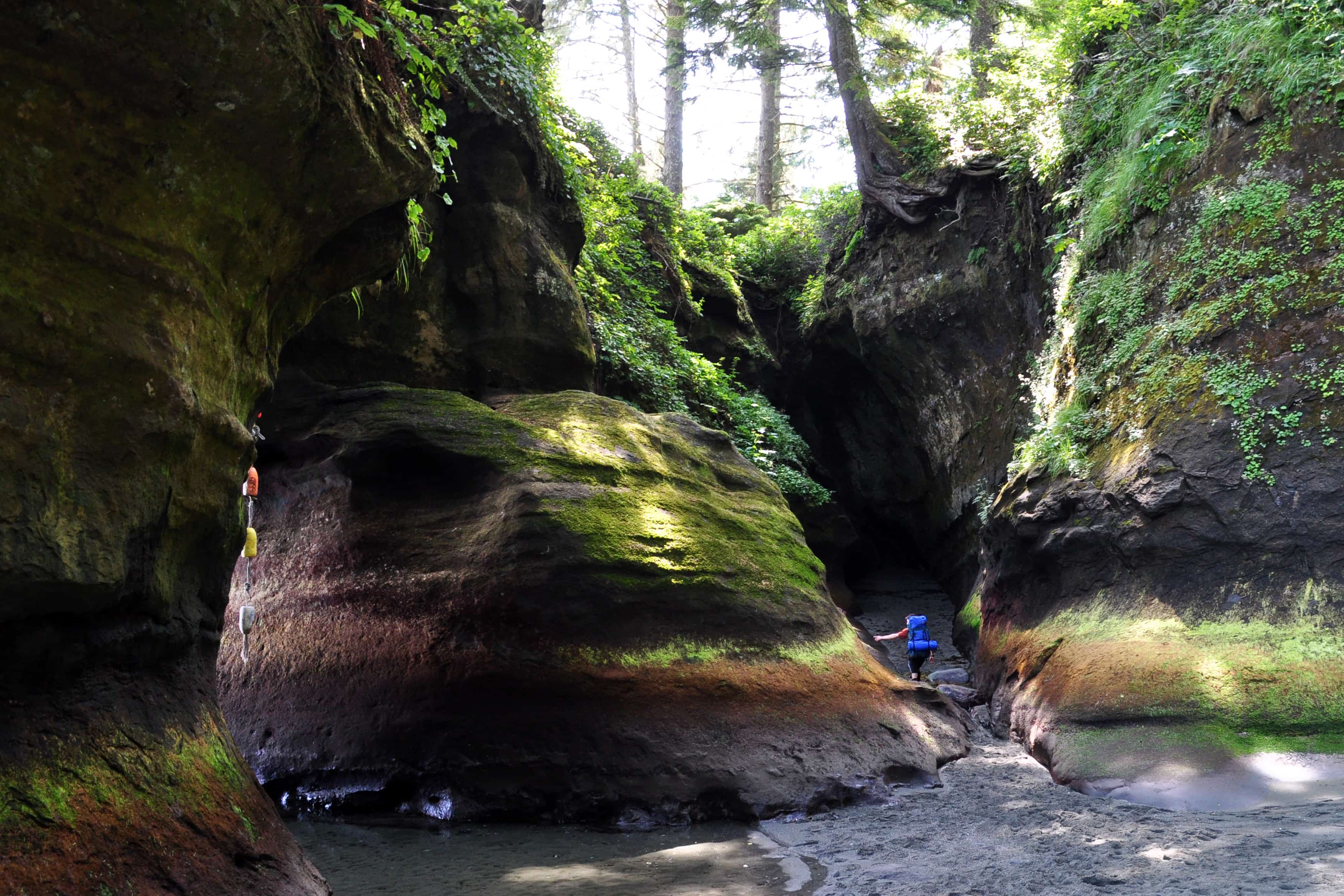 Some of the island’s most captivating caves are located in Horne Lake Provincial Park. Here, a vast number of travellers come to discover some of the park’s most beautiful and intriguing formations.

Known as the Horne Lake Caves, some of the them are Instagram sensations. For example, one of the caves, known affectionately as the “Smiling Buddha Room,” houses an adorable Buddha-shaped formation on the side of a pool of water.

Complete with hidden waterfalls, ancient fossils, crystalline formations and so much more, these caverns transport you into another world; however, many caves will require a guide to visit.  The Horne Lake Provincial Park was established in 1971 at the request of public caving groups. They were concerned about the potential damage of the caves and the fragile crystal formations they contained.

The “Buddha” crystallite rock formation next to the “reflecting pool” can be easily seen in the “Smiling Buddha Room” about 100 metres from the entrance to Horne Lake Caves. Amazing. #hornlakecaves #hornelake #vancouverisland #britishcolumbia #beautifulbritishcolumbia #supernaturalbritishcolumbia

Travel tip: Never go caving alone! Even if you feel compelled to explore the mysterious caverns alone, this is a horrible idea. Not only are conditions a bit more dangerous in them, but you won’t be easy to find. And, even if you bring a pal, ensure someone knows your estimated time of return.