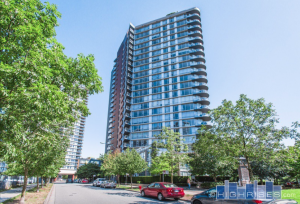 The BC SPCA is investigating an incident where a dog fell 21 stories from a Yaletown balcony.

A spokesperson with the City of Vancouver told CBC that animal control officers arrived at the condo, where the three-year-old collie/Australian Shepard had died.

There is, however, no evidence that the dog was thrown or pushed when it happened Sunday, Jan 5th.

Witnesses reported on social media that they saw the incident happen. That includes Lauren Mills, who was walking along the seawall when she heard a dog barking.

“I looked over at one little dog at the corner and I just happened to look up and saw a dog falling,” she said. Mills called the police and joined others who had seen it happen.

Those others who had seen the incident said the dog was often locked outside on the balcony.

BC SPCA has not yet confirmed these details.

BC SPCA’s work is never done, it seems. They recently spent six months rescuing more than 130 cats from a single 600-square-foot house. While they had to seize 27 horses from another place in Langley last year.