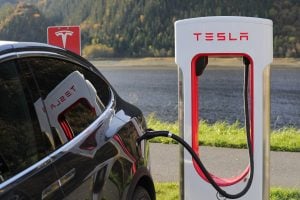 BC Hydro recently did a survey and they discovered that the average British Columbian commuter travels about 20 kilometres each day in their car.

At the equivalent of $0.25 per litre in gas, fueling an electric vehicle costs about 80% less than fueling a gas powered vehicle. Looking back at the Nissan Leaf example, if you commute 20 kilometres a day, it would cost you $2 a week.

BC Hydro also compared the cost of gas to electricity for a round-trip 80 kilometre commute from Surrey to downtown Vancouver, shows the costs add up over the course of year. Here’s the results: