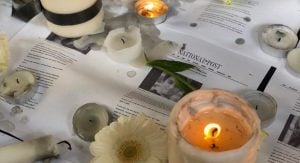 Tragedy struck last week when Ukrainian International Airlines Flight PS752 was downed in Iran, killing all 176 people on board the plane.

Rumours immediately began swirling about what brought the plane down. Tensions between Iran and the United States were peaking after U.S. President Donald Trump ordered a drone strike to kill Iranian General Qassim Suleimani, whom many countries perceive as Iran’s second-in-command.

Iran was expected to retaliate, and they did, bombarding two American military bases in Iraq with missiles, which ultimately did not result in any casualties or injuries. A few hours after that attack, however, news broke that Flight PS752 heading to Kyiv was brought down, and many naturally wondered if there was a connection.

After initially saying that the Ukrainian plane was downed due to technical malfunction, Iran claimed responsibility this weekend, saying “human error” led to a missile unintentionally bringing down the plane.

As of writing, of the 63 Canadians, 14 were Iranian-Canadians with ties to British Columbia, devastating the Iranian communities they were a part of, and memorials for the victims were held across Metro Vancouver throughout the weekend.

Candles and flowers were laid outside Amir Bakery in North Vancouver, a Persian bakery run by a family whose mother and daughter were aboard the downed Ukrainian plane.

We are learning new information today about some of the Iran plane crash victims from B.C. @NeetuGarcha reports from North Vancouver, where a memorial has sprung up outside a bakery where a man who lost his wife and daughter in the tragedy.

Then please allow me to say it as I stand at a vigil in N. Vancouver for victims of the #UkrainianPlaneCrash. @realDonaldTrump his @GOP enablers, & the Iranian government have civilian blood on their hands. Such devastating & unnecessary tragedy! #AmirBakery #Canada #IranUSA pic.twitter.com/i2DeD3HVKv

A memorial outside Amir Bakery in North Vancouver for the victims of the Ukraine Plane crash in Iran @CTVVancouver pic.twitter.com/ownvv7ucy0

Several bouquets of flowers, along with a card, were found outside North Vancouver City Hall.

Outside the North Vancouver City Hall is another memorial. The card reads:

“In Memory — of those who perished in the Tehran plane crash, and for all those in our community and across the country who are mourning the loss of their loved ones.”@BCITJournalism pic.twitter.com/tBEQAdRDX7

And on Sunday, many gathered outside the Vancouver Art Gallery to mourn the victims, as well as protest the Iranian government for its lack of transparency immediately following the incident.

People across #Vancouver were touched by those whose lives were tragically cut short on Flight #PS752. You could see that at the vigil today outside of the Vancouver Art Gallery, where we remembered our friends & neighbours. We mourn for them & all who lost their lives. pic.twitter.com/CZxrWfHHXg

Mourners attend a gathering outside the Vancouver Art Gallery in support of the Iranian community in the aftermath of the PS752 crash on Sunday, Jan. 12, 2020. Photographed for @globeandmail.

Immediately following the drone strike that killed Iranian General Qassim Soleimani, Iran, which was home to countless anti-government protests in 2019, was united in their grief. After the Iranian government claimed responsibility this past weekend, however, the divide again returned.

As highlighted by the New York Times, protesters in Iran chanted “Our enemy is right here.”