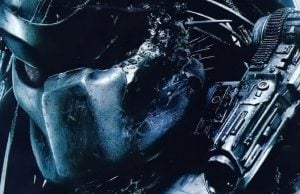 There are 13 films shooting in and around Vancouver this April including 7 feature films and 6 television movies of the week.

This will be the fourth installment of the Predator film franchise, or sixth overall if you count the two Alien crossovers.  But then there’s more if you merge the Alien v. Predator series with the Prometheus franchise…

A coming-of-age teen drama with a dose of the supernatural. The screenplay is adapted from a young adult novel by Joanne Proulx.

The ‘Mail Order Comedy’ group that went from YouTube to Workaholics is finally making a movie together. It’s backed by writing and producing partners Seth Rogen and Evan Goldberg.

Jason Moore will direct this book adaptation about communicating with the dead by technology. He made his directorial debut with Pitch Perfect and is reported to direct an upcoming live action Archie movie.

Liam Neeson does what he does best, seek revenge, in this thriller based on In Order of Disappearance, a 2014 Norwegian film. He plays a snowplow driver whose son is murdered by drug dealers.

Joel Bernthal (The Walking Dead, The Punisher) and Joel Edgerton (Black Mas, The Great Gatsby) are directed by their co-star Anthony Hayes in this organized crime drama.

The Body She Brings
Schedule: From April 2017

All schedule dates are courtesy of CRBC and What’s Filming, subject to change.